The full commit history can be browsed. Branches are shown using a graph which highlights commits that are included in the current revision. 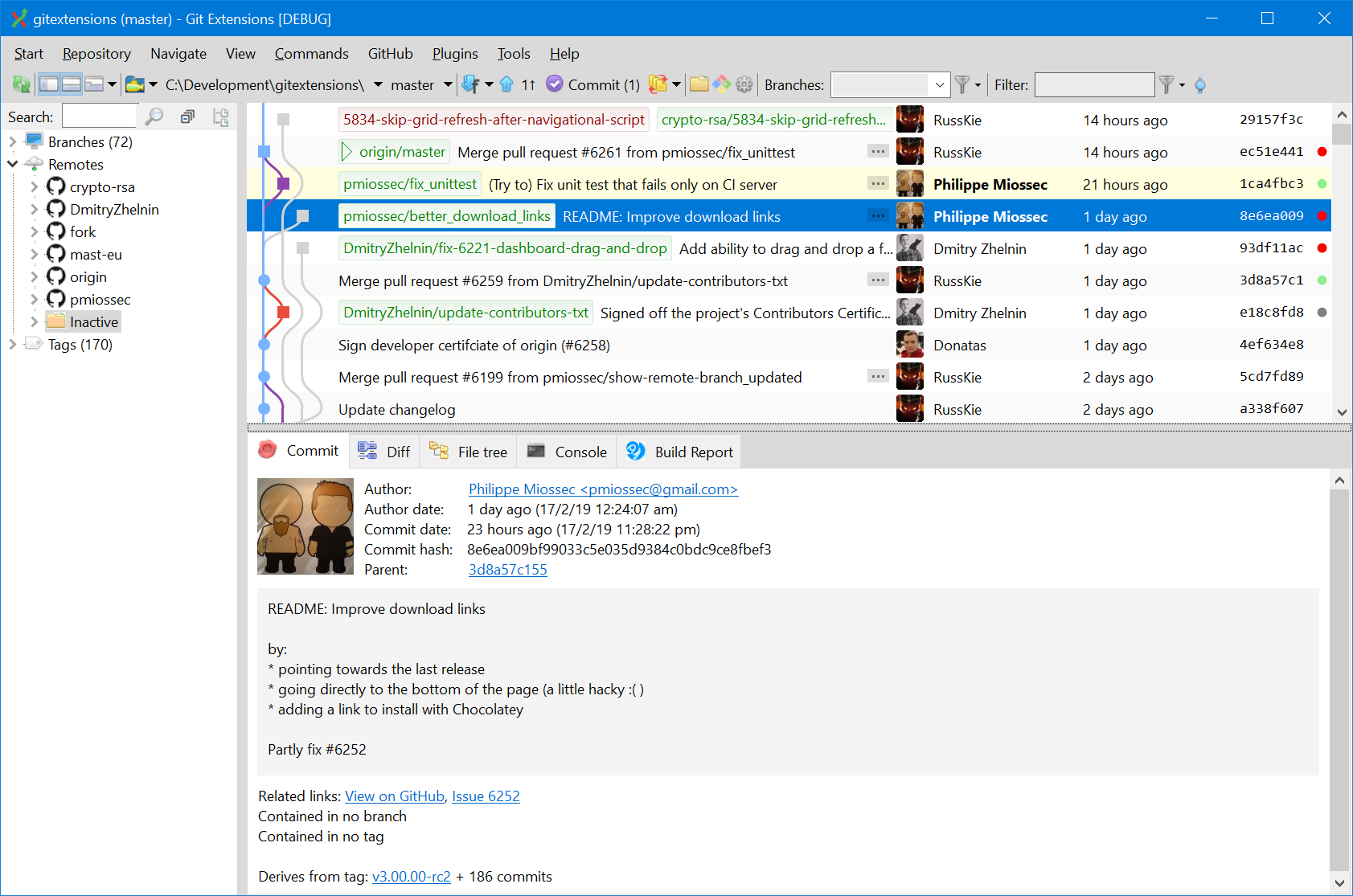 Explore the history of single files. Renamed and moved files are matched and shown in a single history. You do not need to mark files as renamed/moved. The system detects renamed files automatically. 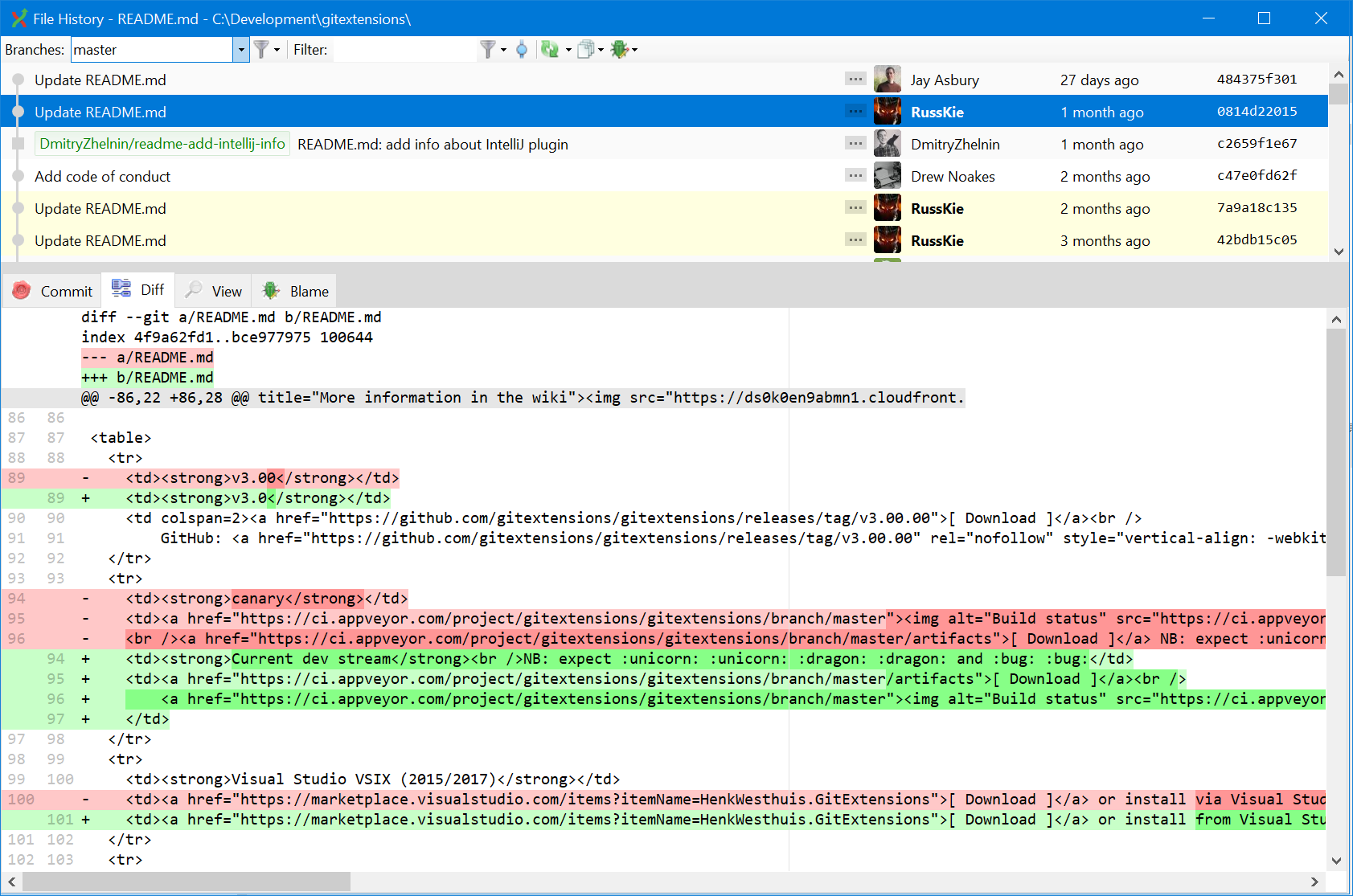 Find the last person that edited a specific part of a file. Double click on the line shows the commit and allows you to drill-down to other files. 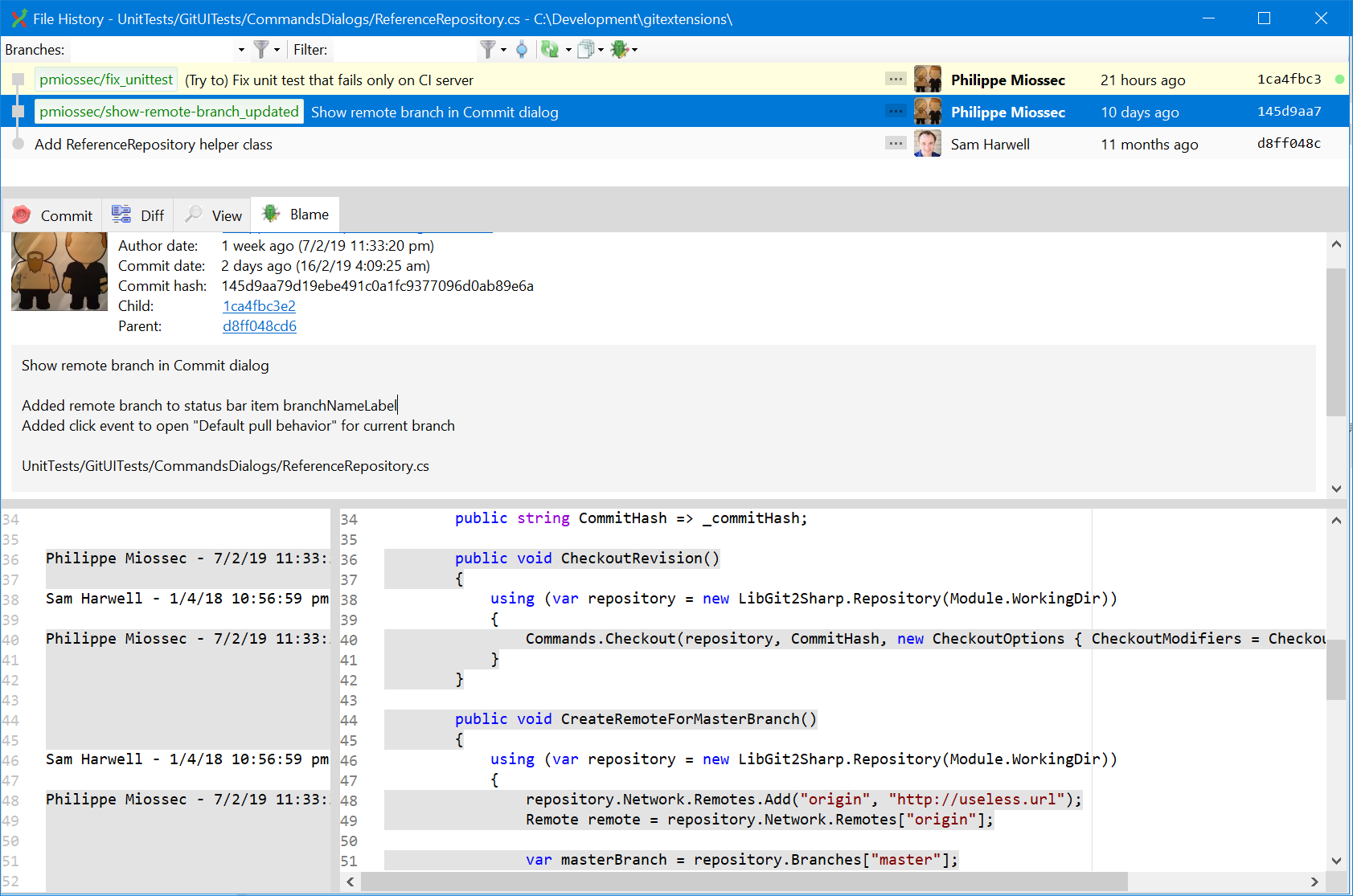 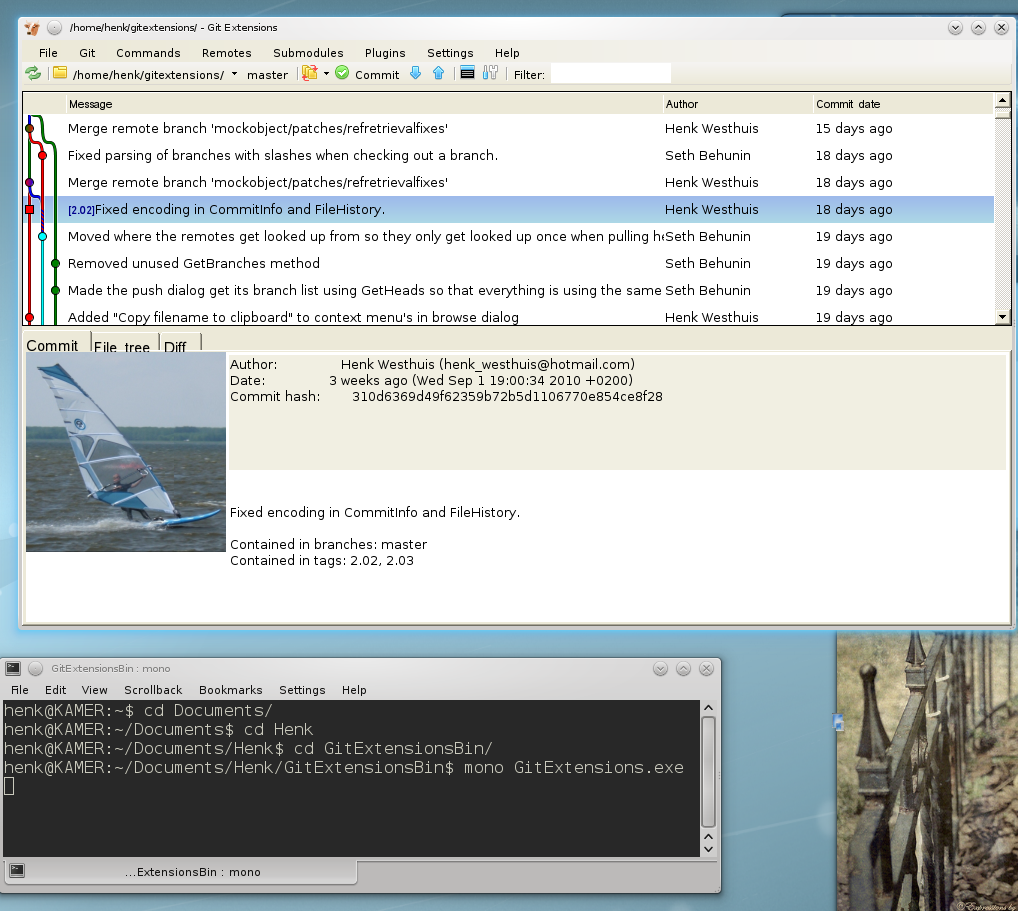 More information in the Git repo.

Generated from the following Git repo.